Rabid parochialism might deter Victoria from looking ‘north of the border’ for inspiration too often, but for every rule there’s an exception.

Last week, New South Wales announced it would fund all children to attend two years of preschool. Victoria, by comparison, only provides universal funding for 15 hours of preschool in the year before school.

The NSW initiative delivers on what experts have been pushing for over the past decade. The scheme will commence in January 2019 and cost roughly $200 million but is expected to save families around $825 a year.

However, the benefits go well beyond mere dollars and cents.

Research has consistently shown that access to and full participation in high-quality early childhood education and care supports a child’s social and emotional development, laying the foundations for learning and positive behaviour.

The 2017 report, Lifting Our Game, commissioned by state and territory officials, confirms:

International research reveals children who attend at least two years of preschool are more likely to outperform their peers at age 15 (as measured by PISA, an ongoing OECD study of teenagers’ performance in maths, science and reading).

While all children benefit, research shows those who derive the most benefit (in terms of both cognitive and social-emotional outcomes) are children from low socioeconomic backgrounds.

Despite this, only 15% of three-year-olds are enrolled in early learning in Australia. This is an abysmal figure that compares miserably to the international standard. Across OECD countries, around 68% of three year olds participate in early learning.

(If there’s anything more galling than NSW beating us to good social policy, surely it’s the Kiwis and Poms doing it too!)

Politicians often baulk at the price tag of education spending, but the Lifting Our Game report demonstrates that for every dollar invested in early childhood education there is a return of between $2 to $4.

Given the overwhelming evidence of the benefits of accessing early childhood education and the recent announcement by New South Wales, VCOSS believes it’s long past time Victoria embraced this important reform.

2 yrs of preschool result in better attainment at age 15 – disadvantaged benefit the most #equityed @mitch_inst https://t.co/DeMtbSbYRn 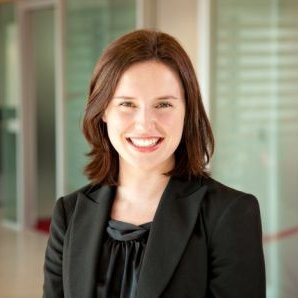