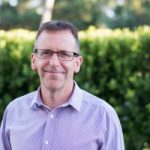 Welfare conditionality – the linking of welfare rights to specific obligations or patterns of behaviour – is well established in the UK and increasingly being rolled out in trials across Australia.

In June 2018 I was fortunate to attend a fabulous conference on ‘Welfare Conditionality – Principles, Practices and Perspectives’ at the University of York. The conference brought together an impressive list of international scholars, researchers and practitioners and coincided with the conclusion of a unique five-year research collaboration between six universities, tracking the impacts of welfare conditionality on participants in the UK.

Funded by the Economic and Social Research Council, the UK research project considered both the ethics and efficacy of welfare conditionality. To do so it gathered evidence from three key sources – those who make and administer conditionality rules, practitioners from support agencies, and welfare conditionality participants. The latter was the largest group, with a longitudinal sample of participants resulting in over 1000 interviews across the course of the project.

Lead Researcher Professor Peter Dwyer from the University of York opened the conference with a summary of the conditionality project research findings. A shorthand summary of those findings is:

Over the three days of the conference, examples of approaches to welfare conditionality from around the globe were shared, analysed and debated. A number of Australians presented information about activities here, including the remote Indigenous Work for the Dole Scheme and the continuing development of the Cashless Debit Card. I was able to present some observations about Shepparton’s experiences of welfare reform as one of 10 place-based reform trial sites dotted around Australia.

Some common themes emerged. The most obvious was that welfare conditionality is not really new. Every organised welfare system has rules about eligibility and maintaining access to support. More recent evolutions have, however, changed those rules in ways intended to influence behaviour. They are generally mandatory, focus on ‘participation’ through paid work and involve sanctions if the rules are not complied with. Consistent across most of the international examples is the disproportionate impact of welfare conditionality on single parents, who are overwhelmingly women.

Different combinations of emphasis in the design and delivery of conditionality seem to be really important. For example, researchers from the Netherlands reported positive outcomes from mandatory programs where there is a strong emphasis on participant choice. The Dutch approach encourages people to undertake activities most relevant to their situation and needs, rather than being heavily prescriptive. Another key feature of the example drawn from Rotterdam seemed to be a relaxed attitude to sanctions, applied as a rare last resort rather than automatically on trigger events.

I took away two important messages from the conference, relevant to our current experience of welfare conditionality in Australia. The first involves our increasingly harsh and rigid approach to welfare policy generally. We may not yet have the broad delivery of conditionality experienced in the UK, but in international comparisons many of Australia’s activation settings, compliance rules and sanctions appear to be among the most burdensome. One example is the initial rollout of ParentsNext in the 10 place-based welfare reform sites, including Shepparton, in 2016. The activation setting requiring participation for parents unemployed for six months or more when their youngest child reached six months of age was particularly harsh.

The other clear message is that Australia lags significantly behind other countries in its approach to evaluation and research associated with welfare conditionality. This may be a direct consequence of the piecemeal approach to rollout, with a wide variety of small trials involving different features. There has been little coordinated evaluation of Australia’s conditionality experiments and what has been done is often hard to access, and variable in quality. At its worst, evaluation has become a form of policy marketing with no genuine analysis of ‘ethics and efficacy’, borrowing from the language of the UK collaboration.

The future will demand a very different approach. The introduction of the demerit system and broader rollout of existing trials of ParentsNext point to a rapid escalation in nationally applicable conditionality rules.

For those interested in finding out more (and if you or your organisation work at all with people in receipt of benefit incomes, you really should be interested), information about the conference and the UK research project is available here.

Professor Peter Dwyer is one of the keynotes at this year’s ACOSS Congress in Sydney. Information about the Congress and bookings are available here.

Closer to home, another member of the UK research team, Dr Sharon Wright from the University of Glasgow, will discuss why welfare conditionality matters to us all at the Jobs Australia conference in Melbourne from 3–5 October. Information about the conference is available here.