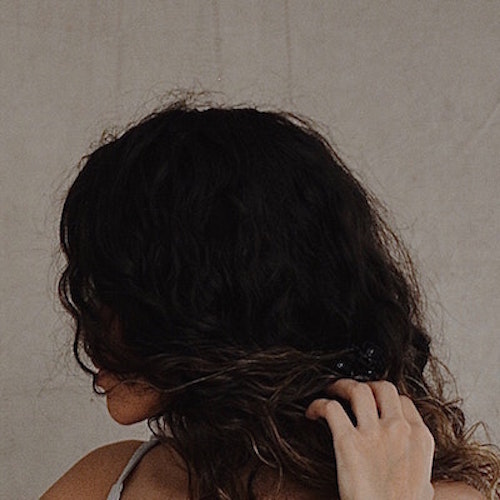 This story is part of the My Corona series. We’re publishing personal stories about the pandemic, life in isolation and Victorians’ hopes and fears for the future. We have changed Miray’s name at her request.

I definitely feel a big generational divide, and I feel like our experiences of the world are very different to our parents’ ones. In some ways better, but in a lot of ways worse.

There’s a lot more uncertainty. I feel like the times of being able to plan out your career and know that you can afford a house one day, those times are over.

And I think it drives a lot of intense competition in our generation, because we know that only a few of us will be able to have those things. Even at uni there’s hostility between students because of the intense competition, and it really takes a toll on your mental health when everybody is like that.

I don’t begrudge anybody for being competitive, it’s a system we’ve been handed down. We know we have to be very competitive to get a job, or even an unpaid internship. I think I’ve done six unpaid internships now, many of them for six months at a time. We have to do that to be able to get a job one day. Unfortunately that’s just the way it is; we do hours and hours of unpaid work to try and one day, hopefully, get paid work.

I live in the city with a housemate, and Coronavirus has impacted me in many ways. It’s been really difficult, particularly with the lack of certainty.

Prior to COVID I was employed by three different organisations that I would do casual work for, and I also did private tutoring.

As soon as COVID contaminated the world I was told by all those organisations that we wouldn’t have work. At that point they said for the next few months, but there hasn’t been any work for the whole year.

And with my tutoring as well – at the start of the year I had 12 students, but a lot of them were very reluctant to do online tutoring, so after Coronavirus I was only able to maintain three of them.

I have a few diagnosed mental illnesses, the most prominent of which is an eating disorder. That coupled with the fact that I haven’t had secure employment has been really stressful. Psychiatrists aren’t covered by mental health care plans and they cost a few hundred dollars a session, so that’s been quite a barrier to accessing mental health help.

And generally Coronavirus has exacerbated my mental illnesses anyway, because of the isolation, and because eating disorders are premised on trying to attain a sense of control over your life. The fact that we’ve had severe restriction on our movement already lends itself to making eating disorders worse.

It feels really sort of paralysing in terms of what I want to do in the future. I feel very stagnant.

I’ve been interested in anything to do with women’s rights advocacy, and prior to this I was doing an internship at a women’s development agency. That got cut short, which was devastating because I’d just started and it was quite a difficult process to get into it. They said it’s been postponed but really it’s been cancelled.

It feels really sort of paralysing in terms of what I want to do in the future. I feel very stagnant.

I have access to youth allowance, which has been really helpful, but there’s a great lack of certainty around when they’ll take it away or how much they’ll decrease it by. When I was getting $1,100 a fortnight I could absolutely live on it, but now that it’s been decreased I’m dipping into the small amount of savings I have. It’s quite stressful.

If it got to the stage where I couldn’t pay rent I think my landlord would just kick me out. As a young person you don’t have that much leverage with your landlord.

I think our generation has a lot to deal with, to be honest. The weight of capitalism, the lack of employment, the amount of our uni fees. Just the fact that we’re paying uni fees, whereas the politicians, a lot of them didn’t even pay for uni.

And on top of that we’ve got climate change. And at the same time traditional media seems to hate young people and depict us as very entitled, whiny, privileged children.

Thankfully so far I’m keeping afloat, but I have a few friends who haven’t been turning their heaters on and haven’t been eating much. I’m very privileged that I haven’t had to do that.

This piece is based on an extensive phone interview VCOSS conducted with Miray.